Today, we here at the South Pole had an incredible opportunity – we got a surprise visit by Buzz Aldrin, Apollo 11 LM pilot and the second man to set foot on the Moon!

Living and working at the South Pole often involves a somewhat bipolar mix of boredom and tedium, as one day blends into another, with sudden interjections of high adventure and excitement that serve to remind us all that we’re actually living in a pretty cool place.

On the morning of December 1st, as we all reported to our work stations, I noticed an email informing us that a last-minute “NGO flight” had been scheduled for 11:20 hours today.

“NGO” is our Pole-speak for tourist flights. In mid-Summer, they arrive as often as a few times a week through Antarctic tour companies, snap some shots at the Pole, get a courtesy tour of the station, and rarely stay for more than two hours. Depending on the tour operator, these trips range from $50,000 to $100,000 per head. This flight was organized through The Antarctic Company, a Russian-based company that had already flown down a few planeloads of tourists in the past few weeks in their distinctive red, white and blue Basler turboprop. 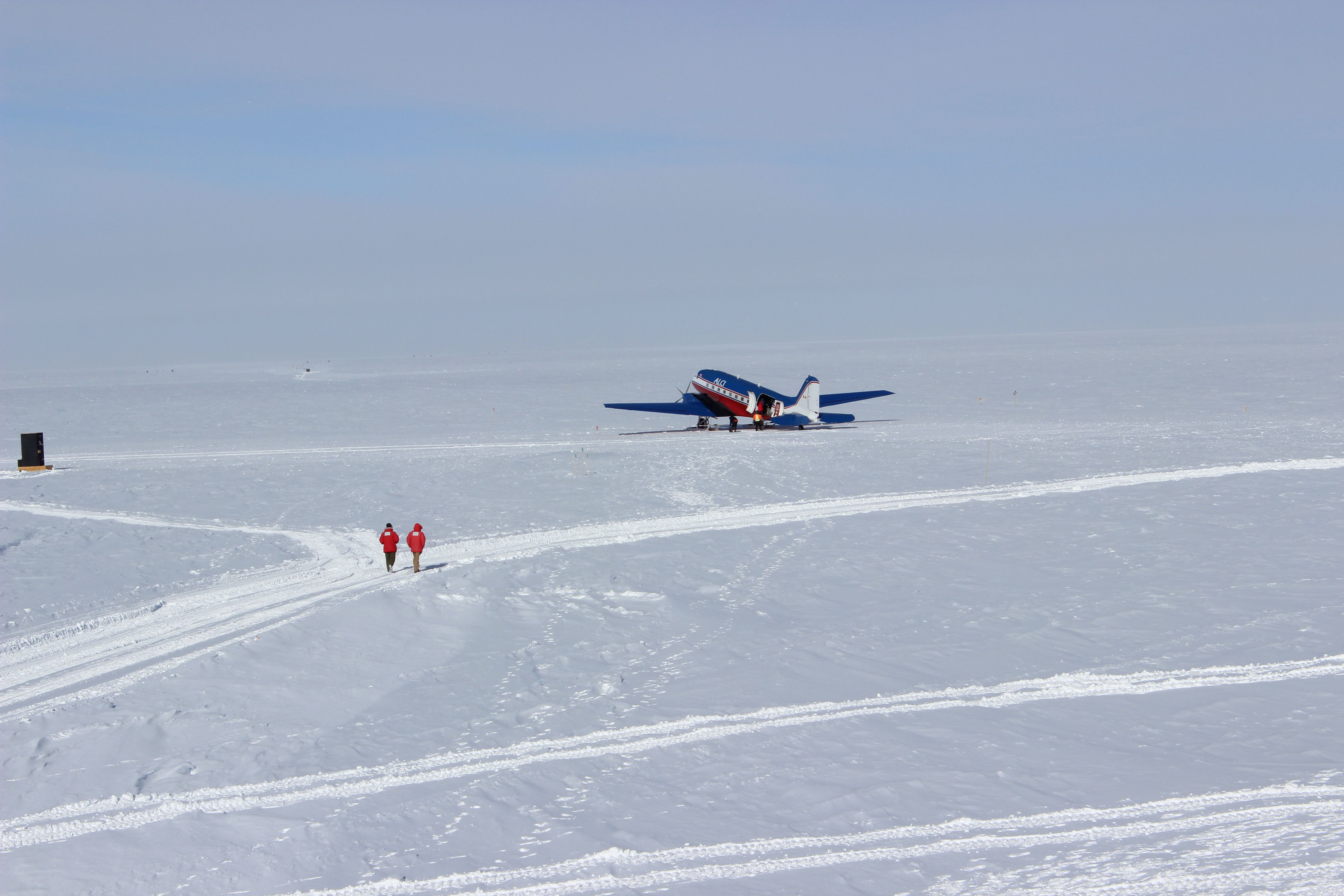 Tourist flights at the South Pole

General procedure for a tourist flight is that we meet the plane shortly after it taxis to a stop near the ceremonial South Pole, and take them on a 45-minute tour of the public areas of the Amundsen-Scott South Pole Station. This includes our recreational facilities, comms center, greenhouse, and station store among other destinations.

However, we quickly learned that the incoming plane was no normal tourist flight full of wealthy foreign retirees and thrill-seekers – this plane would be bringing Buzz Aldrin, the second man on the moon. The South Pole tends to attract scientists and science geeks, and needless to say an Apollo Astronaut excites most of us more than any mainstream celebrity. While we were told to keep things quiet for the time being, several reps went out to meet his group.

The Eagle has Landed – Buzz Aldrin visits the South Pole

I was at Destination Alpha, the station’s main entrance, as the tour party started to file in. Most were gasping in the thin, -30 degree air, and some had notable difficulty climbing the two stories to the station’s elevated entrance. New arrivals to the South Pole are generally expected to experience mild to intermediate altitude sickness on arrival, and the harshness of the environment is why the USAP requires all participants to undergo exhaustive physical and mental examinations before being cleared for deployment. Tourists are subject to none of these restrictions – and with many visitors being decades older than the average South Pole resident, they can find themselves hit extraordinarily hard by altitude-induced medical conditions.

Buzz entered the station towards the group’s rear, with his son and manager in tow. After shedding their heavy cold weather gear, Buzz took a seat while other members of the tour group milled around taking photos of our display case of old Pole markers. A small group of science and support staff had gathered to welcome him, and Buzz spent a few minutes talking with us about his views on Elon Musk (he’s got enough money to do whatever he wants), NASA (hasn’t got enough money to do whatever they want), and Mars (an essential destination, but Buzz believes making a pitstop base at the Moon first is critical for the logistics or resupplying the Red Planet. Kind of like a McMurdo to our South Pole Station). A great idea, but lest we forget, he’s Buzz Aldrin, so he’s naturally biased.

Buzz and his companions hung out near the station entrance for some time, and we filtered back and forth from our regular jobs, though nobody’s mind was fully on their everyday work. Chatting with an Apollo Astronaut about science and space travel is really a one-of-a-kind rush. He had a BBC cameraman accompanying him on his trip who was filming throughout his station visit, and is currently engaged in filming a documentary. Aldrin is 86, but you can tell how excited and passionate he still is about science, exploration, and pushing mankind’s boundaries.

Due to the general tiredness of the tour group, instead of heading up to the second floor for the standard tour Buzz and his companions followed us to the station store further down the first floor hallway. Generally open a few times a week to sell sundries and supplies to station staff, the store is occasionally opened for tourists to buy souvenirs like South Pole t-shirts, postcards, and the ubiquitous Antarctic Program parka patches. Buzz had his passport stamped with our (unofficial) South Pole entrance visa, and chatted with us while the other members of the group brought souveniers.

Shortly afterwards, a situation developed in which Buzz required medical care due to altitude and environment-related conditions.

Our station has a highly skilled full time medical doctor and a Physician’s Assistant, who can provide on-site care in the station’s Medical Clinic. However, many medical situations that arise at Pole can only be treated by medical evacuation to sea level and modern medical facilities.

In this situation, NSF authorized Aldrin to be evacuated as humanitarian assistance on one of the LC-130s that was idling on our skiway due to a previously-scheduled cargo flight from McMurdo Station on the Antarctic coast.

I will defer to the NSF and Mr. Aldrin and not publish anything that hasn’t already been covered by the NSF’s initial press release regarding the incident. However, Buzz was successfully evacuated from the South Pole Station on an LC-130 bound for McMurdo, which is at sea level and has slightly larger medical facilities than Pole. 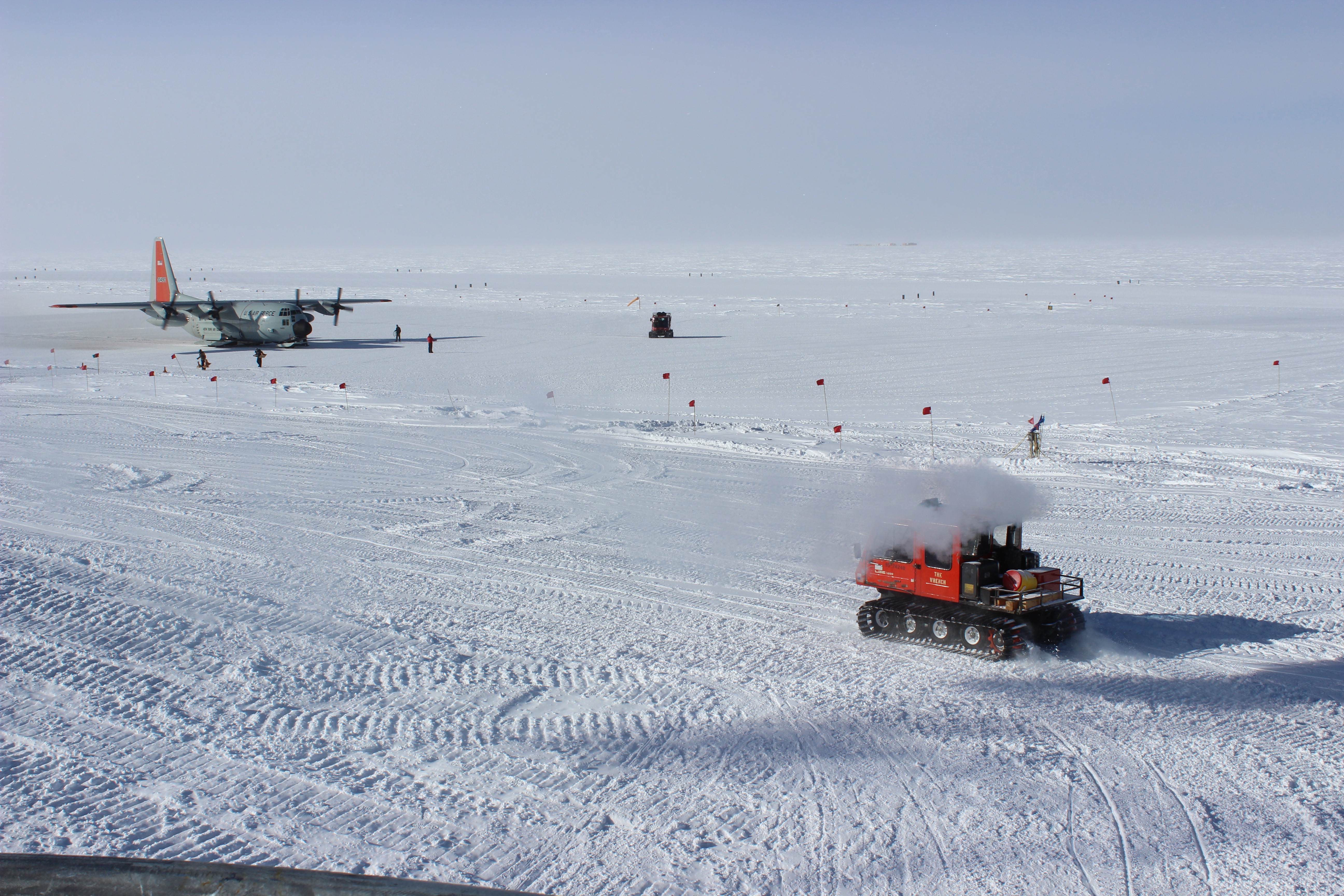 The NSF has stated that he will be brought from McMurdo to New Zealand, where the USAP’s main base of operations is in Christchurch. While faster C-17 Globemaster jets operate at the beginning of the season, current weather conditions only allow C-130s and other lighter aircraft to operate out of McMurdo, which take 7-9 hours to reach Christchurch.

I’m incredibly honored to have met this American hero, and we are all waiting with bated breath for news of his health and successful evacuation.

Update: USA Today reports that Buzz is safe and happy in New Zealand 🙂

For my new readers – due to our hectic schedule down here at the Amundsen-Scott South Pole Station, this is the first and only post on this site. If you’re interested in receiving further updates as I publish more content from the South Pole, you can sign up for notifications below.